About Komodo Tour from Bali

For those of you who want to do a Komodo tour from Bali, you do not need to be confused anymore because Komodo Dreamland Tour provides Komodo Island Boat Tour From Bali. Ideally, this tour starts on the day you arrive at the airport of Labuan Bajo which means that we will pick you up at the airport and directly do the tour. 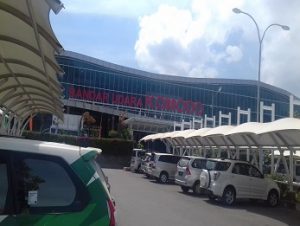 Komodo Island is located in the westernmost province of East Nusa Tenggara and just to the east of Sumbawa Island. It is one of the 7 wonders of the world. Komodo National Park consists of 3 major islands namely Komodo Island, Rinca Island, and Padar Island. Here. Komodo animals live and breed well. According to the data, the island is inhabited by approximately 2500 heads.

This animal is one of the largest lizard specials in the world with an average length of 2 -3 meters with a weight of 90 kg. For visitors who like underwater tourism, Komodo Island also has an underwater nature with a variety of beautiful coral species, types of corals, types of fish (dolphins, whales, green turtles, sharks, and stingrays).

The tour package on our website has not been fixed this means it can be modified according to your needs as long as it does not deviate from the existing itinerary and is in accordance with the conditions when the tour is on board. Komodo Tour from Bali is included in the Category Komodo Boat Tour, this means the tour activities in it are around the national park only. On this tour, we will pick you up at the airport in Labuan Bajo and go directly to the pier where the tour boat is waiting for you.

Transportation used during the tour is the wooden boats of various sizes and types according to your needs ranging from the standard to the luxurious. All boat tours have been facilitated with AC that can be used every night during the tour. If you don’t like air conditioning, make sure you inform your travel agent so that you get a good price because you don’t want to use ac during the tour.

In addition to the plane, you can also go to Labuan Bajo by sea route from Bali. The distance from Pelabuan Benoa Bali to Labuan Bajo is approximately 36 hours. The route is Denpasar – Mataram – Bima – Labuan Bajo.

this is the most extreme option towards Labuan Bajo. Because in addition to a long journey, the option of traveling by road to Labuan Bajo is also not purely by land, you also have to cross to Sumbawa Besar. From Sumbawa Besar then the road trip continued to Sape. Well from Sape cross back to Labun Bajo by Ferry boat approximately 7-8 hours.

The above options return to your individual Budget. If you want to be fast, surely the airway will be chosen. But everyone’s holiday tastes are different. Some like challenges, so choose sea and land routes. The choice is returning to you. Thus some information that we can present related to the komodo tour from Bali. If you are willing to know more about this tour, please do not be hesitate to contact us.

or directly press the below button!

We are on TripAdvisor

We are new on Trustpilot